It’s summer in Japan! Beaches, bikinis, mini-skirts, and what else can you ask for? 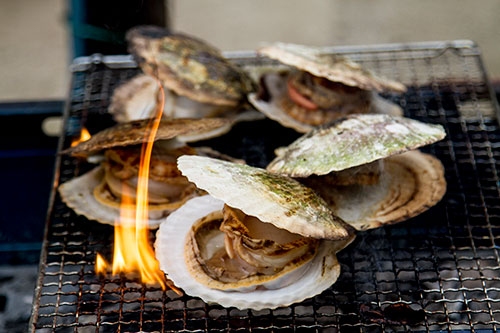 Just wanted share that I was really caught off guard by my fiance’s uncle who invited both of us to a family barbecue (given that they rarely do this). The barbecue was set to take place during the Obon, a tradition during summer when relatives from far away unite to see each other as well visit the graves of the departed. Its actually special time in Japan were workers are given a full week off for family events (but in all honesty most don’t use it that way; they’d rather hop on a plane to somewhere exotic).

Fortunately, I prefer to spend time with family and friends during the busy traveling time of Obon. I will digress a bit to explain my stance so skip to the bottom if you’re not interested. As a person that respects tradition and family, I treasure events made to unite and catchup with family and friends. Most people in Japan are moving away from family values due to substandard morals so doing this kind of thing here is quite special. Additionally, I also see it as a smart move to have a family event during Obon because traveling during peak times causes a myriad of problems. Car accidents, drownings, fights, DUI, and etc. You need to add the cost of heavy demand for plane tickets and hotel bookings which will naturally cost an extra 25% to 50% from regular non-peak season prices. The Tomei Expressway (one of Japan’s busiest highways) was literally bumper to bumper, stretching 30 kilometers, which is such a waste of time. Most are better off staying at home and running a barbecue!

So back to the barbecue! I was invited to a family barbecue and it was interesting and fun!

As a beer drinking man, the best part was that we had a beer server hooked up to 20 liters of Asahi Super Dry. There were about 5 drinking men and three drinking women (we had a total of 13 people) so the beer was more than enough. It was drink until you drop! I love nama beer so for me in the hot sun so this is quite a luxury especially for a barbecue! 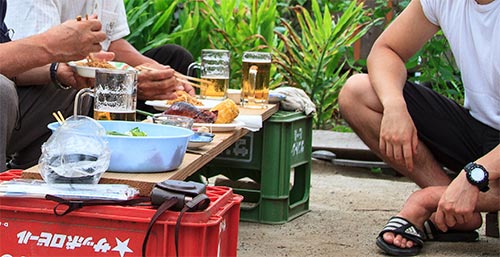 The food was great! We had a lot of seafood, non-alcoholic drinks, and BEER! To play my part, I brought some great tasting ribs that I marinated the day before that impressed everyone. Honestly, I amused everyone who thought different of me just through the ribs. In my world I don’t let the women cook. I do the cooking, they do the eating! That’s how most men get laid! hahahaha! But anyways, I didn’t realize that ribs are a rarity here in Japan so that was an extra plus for me. 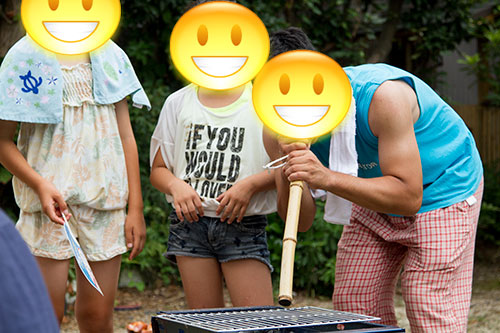 Most Japanese people don’t eat ribs like Americans do. Ribs have been a big part of America that when we have a barbecue, ribs are definitely going to be on the grill. The only place you can get the same quality ribs that I made are usually at American Restaurants that cost at least $35 a plate. Since I live near Costco, I bought 8 pounds worth for around $20 and worked my magic with the marination. All I have to say is that I’m glad it all worked out! The kids who were there loved it, the women who’s job was to eat just devoured it! {adselite}

Unfortunately, as the photographer, I can’t grill while taking pictures (seriously no bullshit guys!!!). 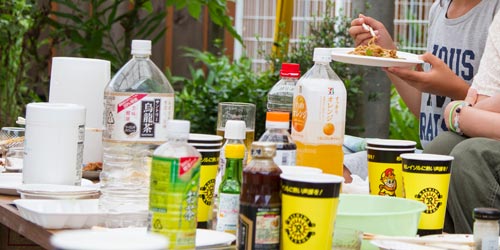 So no shots of the ribs but I do have other shots of us partying at the barbecue Japanese style! However, keep in mind that I got drunk towards the end so my shots are all crap by that point!!! LOL! Enjoy! 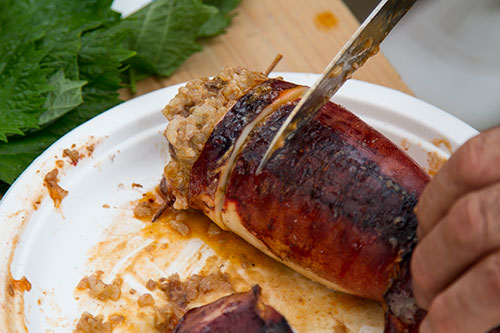 Just to let you know, we did finish up the 20 liters of Asahi beer! I had a terrible hangover the next day but it was totally worth spending time and building relationships.

2 thoughts on “Barbecue in Japan”