Just a word… macro video is harder than macro photography because video is not really that easy to “photoshop” for commercial pusposes. In video, one can use After Effects to remove dust and fingerprints, but when motion is involved, removing those type artifacts is a serious pain in the rear!

Anyways, being a mechanical watch freak, I am awed at how something so tiny, using using mechanical concepts from several centuries ago can keep time with minimal error.

What I find most interesting about this mechanical watch is that I never really heard of the brand Orient before. At first I thought it was some kind of rip-off cheap brand but after doing some research, it’s a specialized Japanese company that focuses on mostly mechanical watches. Like me, I would assume that many of us are used to the big brand watch names such as Rolex, Tag Heur, Omega, Cartier, and so on. However, when I came upon this little mechanical jewel, I was so amazed with how it looked I thought it’d be the perfect little gift for my fiance.

Orient is a subsidiary of Seiko. The company started out as tiny watch making company just as how many other Japanese watch companies did during the past century. While the other companies grew in sales and popularity, Orient grew on its own pace and was later bought by Seiko.

Why is Orient Special?

What makes Orient special to me is that they are the only watchmaking company in Japan that actually specializes making mechanical watches today with all their parts not being outsourced! They make their own parts and they make the watch! Most of the other well-known Japanese and Swiss watch companies pursued the profit-oriented path and went on mass producing affordable quarts and digital watches but Orient continued to make mechanical watches despite the notion of mechanical watches being obsolete. That specialization alone of continuing to produce beautiful mechanical watches especially at very attractive prices is something that gets to me. Yet alone, the “Made in Japan” still expresses the detail and quality Japanese watchmakers put into these timepieces. 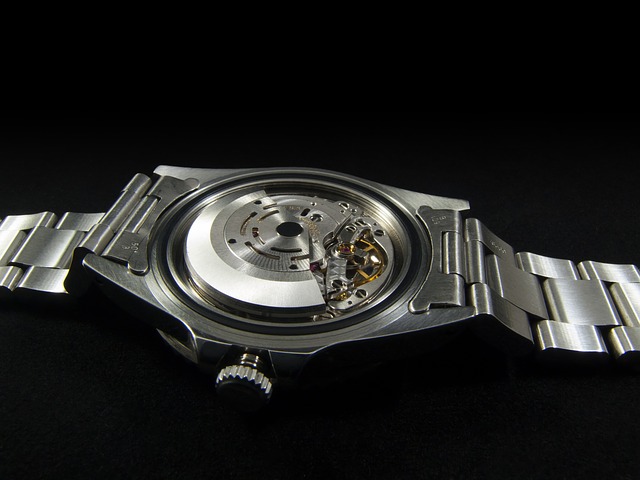 Mechanical Watches in the Digital World

The Design is Beautiful

In regards to aesthetics to this particular Orient watch; the pearl shell face the watch dial exhibits is very attractive to start with followed with the semi-skeleton feature or as Orient calls it, “The Open Heart”. With the open heart, you can partially view the inside mechanisms of the watch’s jewel movement. I also love how the gold casing compliments the white genuine leather band. I  don’t think I would have this particular model in a different color as this watch seems perfect for sophisticated ladies because I rarely see women wear a mechanical watch.

Finally, the feminine design itself is to my opinion universally attractive to both men and women but as a gift, it should not fail to impress your wife, finace, or girlfriend!

*I’m not affiliated with Orient. I saw this watch on Amazon and bought it because it’s mechanical, the design on this model is beautiful, and the price was very attractive!

1 thought on “Made in Japan”