Considering this was written in 2011, there are a lot of copycats out there on what to do when your gopro gets wet. It’s cool. It’s good to know that my blog helped save hundreds of gopros out there. So let’s begin!

And so it happened! As I was ascending from my final dive in Guam, I saw salt water inside the waterproof housing of my gopro camera!!!  But after some water damage control on the GoPro, it still works!  How did I do it? Read on…

*Dozens Of Helpful And Inspirational Comments Made By Gopro Users 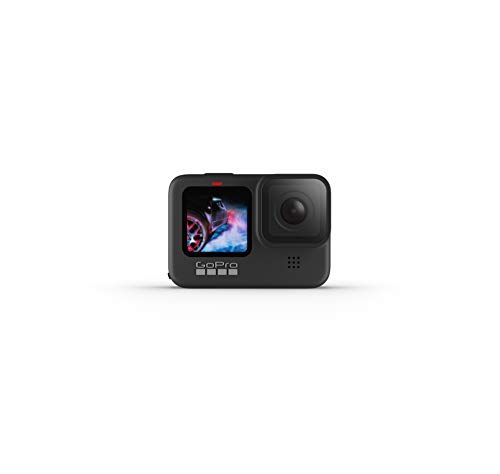 Steps On What To Do When Your GoPro Camera Gets Wet!

1. Take the camera out of the housing.

2. Take out the battery and SD card (VERY IMPORTANT!!! if you have any gopro extensions such as the LCD backpack, take that out too)

3. Soak the GoPro and other components that got wet (except the battery) in clean freshwater for 30 seconds to a minute to prevent corrosion inside. (follow this step if soaked in seawater)

4. Drive out the water from the insides of the gopro by swinging it. (goal here is to use centripetal force to move water out through openings such as the sd card slot.) Better yet, use an air compressor and blow out the water using the openings as an entry point.

5. Let it dry… Remember, there are many ways to dry… *I put my gopro inside a car on the dashboard for 3 hours during a really hot baking day on it’s side with the SD card slot facing up so that the water would evaporate and steam would exit out of it. That’s the only option I had at the time as I was out in the boondocks. Others use rice to absorb the moisture but this method takes more time. Others place their cameras in front of a fan while some used a hair drier to blow out the water. There are many methods so be creative. Remember, speed is the key to reviving your camera. Also, do not ever turn on your camera if you suspect there is water inside… you can fry the circuits inside!

(If the climate is pretty cold where you live I would recommend putting the GoPro in a tight sealed box with some silica packets for several days after blowing it with a fan or hair drier. The silica packets should absorb the rest of the moisture from the inside of the camera.) If you don’t have desiccants, try using rice or pasta as some have recommended in the comments below.

6. Take the camera out of the car and let it cool off in a dry place at room temperature and don’t touch it for 24 hours.

Because saltwater can cause severe corrosive damage to metallic components inside your camera, try to do the following above as soon as you can. Speed is the key. I rescued and soaked my camera approximately an hour after getting it wet in the ocean.

Although I think I was very lucky, this may not work for everyone. But if flooding occurs while you’re diving, surfing, or just doing anything in the water, you may try what I did with your own discretion. Remember, I won’t take any responsibility, I’m just sharing what I did so you could save your electrical devices if it ever gets wet especially with sea water! Plus I really like electronics so I like experimenting with them once they become spare parts!

Btw, remember to NEVER TURN ON YOUR CAMERA IF YOU SUSPECT THAT IT IS STILL WET! Give it time to dry.

(I’ve noticed some blog posts and videos out there copying my exact same methods that include changing words around and claiming it’s “their” method. It’s all good to spread the word but  I would appreciate it if you give some credit to this blog which  I dedicate a lot of effort to anyone interested in electrical gadgets including the GoPro camera! Please note the date of this post!)

How did my GoPro Flood???

Before I go any further, for you to realize how stoked I was when my camera filled with water, please see some of videos I have made with only the GoPro!

Now to continue to my story…

As I surfaced to complete my dive, I noticed that water partially filled the inside of the waterproof housing!

Usually, if there was a problem with the O-ring, a leak would occur during the beginning and deepest part of the dive and if that was the case that meant the O-ring wasn’t secured properly…

However I always check my O-rings (on my camera gear, flashlights, tank valve, and my regs) and I do a leak test before every dive. If you own a hairy dog that sheds a lot of hair, it is imperative that your check your gear.


Theory to how it leaked: LCD Extension Housing

Anyway, I’m puzzled with the water breach because the leak happened during the end of my dive. I put in over 50 dives with the GoPro Hero during my time in Guam and the only difference with this dive is that this is the first time I’m using the LCD bacpac extension with the LCD housing... I’m starting to think that the additional extension caused the leaks because of the additional airspace from the LCD Housing. But no one will never know what really happened. The latch was always secured, the housing remained shut, and all I did with the GoPro was film!

What hurts more is that this Gopro is my second brand new gopro that I bought with the LCD just weeks ago. So both the LCD screen and the brand new GoPro camera got soaked in salty sea water. Even the Class 10 32 GB SD card that I had in it got wet.

Doing some math, I just busted around $450 on a single dive… I think it’s a sign that its time for me to purchase the newest GoPro HD HERO .

My camera was definitely wet with a lot of salt water but never losing hope, I took out the camera, LCD screen, and the battery. I dried what I can with a towel and checked the camera. As I got back home, I contacted gopro and told them about the leak I had.

Within 30 minutes, GoPro sent an email back informing me that their warranty doesn’t cover water leaks. I was like fffuuuuuuu!!!… but they would like to see pictures of the gopro housing, specifically the O-ring. I took some pictures of my gopro and I sent the pics via email . At least they didn’t abandon me with “We don’t cover water leaks… period”. Kudos to GoPro support for at least trying to help out!!!

I then took the camera out and swung it as hard as I can with my hand, making sure the water would exit through the SD card slot from the side of the camera via centripetal force.

Next, I put my gopro and LCD extension screen inside my car which was pretty hot but not too hot to damage it. The goal here is to use some heat to evaporate the water from the inside of the camera. This was all a gamble but I felt that this could work!!!

(I heard of people putting their digital cameras and other electronics in stoves but I totally do not recommend that. Actually cooking your camera is stupid and is not the same as heating it inside a semi-hot car… If it’s winter, I would just leave the camera in a tight sealed box together with some silica packs for several days. The silica packs will definitely dry out the camera. Remember the main goal is to take out the salt to prevent rusting. The second goal is to dry it. As long as you do the first step well, you should be okay. Update: according to a comment below, you can also try using rice!)

102 thoughts on “What to do when your GoPro Gets Wet”