Today, at 2:46 PM, I will stand alongside many survivors of the 3.11 Tohoku 9.0 earthquake to pay my respects to the people who lost their lives a year ago. Approximately 20,000 people perished from a series of tsunamis generated by a powerful earthquake.

The waves literally swallowed most of the populated coastal towns on the northeastern coast of Japan. In my entire life, I would never think that I’d be affected by such as catastrophic event but I guess things like this, be it war or a natural crisis, will occur one way or the other in a lifetime. Such events should never be forgotten and even though a year has passed I remember that terrible day clearly as if it just happened yesterday.

My Recollection of How it Happened…

Just moments before the earthquake hit, Kumi (my fiance) and I were finishing up a business presentation draft for an appointment we had later in the day for a corporate client.

As we sat in our office, at 14:46 the earthquake hit. The initial tremors at the time wasn’t strong at all and I assumed that it was just “one of those” once in a month-type of earthquakes. However, after 5 seconds, I realized that the tremors were getting stronger and stronger, until we all realized that this is a big one!!!

As the earth continued to shake, you can hear this loud rumble that just sounds so terrifying. My office that I was in shook so hard it felt like some kind of giant monster picked up and shook the entire building. By this time, about 30 seconds after the initial tremors have past, I just noticed that my floor was swaying up and down and side to side while everything that was in my office was falling. Books, computer monitors, printers, everything! In addition to that I can hear what sounded like glass shattering while car alarms were sounding off outside… but the worst of it were the sounds of people screaming and children crying that just added more panick to the situation.
{adselite}

After a minute of violent shaking and no idea of when it was going to end, I decided to take refuge under my desk.  However, the magnitude of the earthquake was something I never felt in my life that I started to think instinctively that the 2 story building I was in will crumble to the ground. Kumi and I bailed the place! (Disclaimer: Do not follow what we did!)

Kumi ran out first with the dog as I tried to find my phone. However, my phone at this point was already buried underneath a pile of books and papers. FUCK!. I couldn’t get my phone!  As I ran to exit out our office door I found myself unnaturally standing low to the ground because I had a hard time balancing myself. By the time I got to the main exit, I noticed that my water-filled aquarium that I had by our entrance was half empty and my heavy-ass refrigerator had moved about 5 feet away from its designated corner. WTF!

The shaking stopped (as so I thought). It was actually just a brief pause. However it was a lucky break because I was literally fighting to descend safely down my stairs to escape! Once I hit solid ground, it started shaking violently again but I was relieved I made it past this point.
( I would never recommend exiting a building during an earthquake. Some people who did so that day were killed from falling objects such as roof tiles. But in my case, there was nothing to fall on me because I know the design of my building/ (It’s not like a standard house that has Japanese traditional roof tiles and ceramic plant pots sticking out of a balcony window…).

As I finally reached “the safe spot”, which is an open area that is actually our parking lot, I saw Kumi unhurt waiting for me with our dog kneeling low to the ground. The weird thing about all of this is while I was there I saw this old man about 50 feet away from me hanging on to a telephone pole just to keep himself from falling.

At around 2:50 PM, the shaking stopped, only to be followed with several powerful aftershocks that will continue to haunt Japan for many months.

At around 2:55 PM, after checking that everone around me were fine, I decided to go back into my office and grab my personal homemade emergency kit that contained a hand powered radio.  All electrical power by this time was out and the emergency PA systems we have in our homes weren’t relaying any information despite having backup batteries installed. This indicated to me that our city hall was inoperable.

I really hated being in the dark especially after an event like this. In addition, my phone which I eventually found had no fucking reception. I soon learned that millions of people throughout Japan did not have reception. I really think to this day that if these phones were able to communicate, they could have helped saved extra lives. Fortunately, I relied on to some old technology to get accurate information I needed.. AM radio!

Just to let you know… My radio would be the only source of information for the next couple of days and with it, I learned immediately that the earthquake originated north of where I was and that the entire eastern coast of Japan had been put on tsunami alert. At first the tsunami was about only 20 centimeters as it was reported. But after 10 minutes, the reports changed. The tsunami was reported to be about 5 meters (18 feet). By this time, I’m trying to figure out the elevation of my place, which is actually over a hundred feet (but I didn’t know that at the time). Again, the tsunami reports changed and the waves were reported to be over 10 meters and an advisory was issued that all coastal cities be evacuated immediately!

Just to let you know, I don’t live by the coast so I was pretty safe. However I have good friends who live by the coast. A 10+ meter wave (about 33+ feet) is a killer fucking wave. I couldn’t believe my ears at the time but I was pretty confident that all the people living by the coast would evacuate safely because its Japan! I always lived with the illusion that Japan is a safe country that has its shit together. I was fucking wrong!!! It doesn’t matter if it’s Japan! Japan was never prepared for an event like this and that its just going to get worse with the Fukushima incident.
(To be continued…) 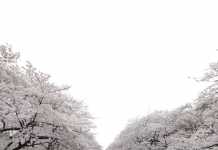 How to Prevent htaccess from Getting Hacked 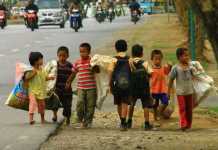 Who will be more successful?

Extending the life of your GoPro batteries?