Just wanted to share some information on the types of site traffic I’ve been observing for a while. I hope this provides you with a good informative read.

Okay, so I have a site that averages about 50 hits a day and out of nowhere, I get this huge spike in web traffic on a given day.

Several reasons can sum up why this occurs but after doing some research on this particular site, I noticed that most of the hit’s source were legitimate referrals, which is always good news! From my analytics reports, it appears that a viewer really liked the content of the site who then linked it to a massive forum site that brought a mob together to visit the site. However, the glory was only celebrated for a day but this shows just how important referrals can be in getting a quick dose of extra traffic!

Other possible reasons for a spike in traffic?

Remember, if you get a spike in traffic, make sure to do your due diligence on it because it could be a site attack.

Usually, if the traffic source is direct and it has been visiting your site multiple times from the exact same location within a short timespan  (0-3 seconds), it’s most likely an attack.  To prevent future attacks from the same person just block its IP .

Now this is the type of traffic that most webmasters and site owners strive for.  As a site is launched, it probably gets an average of 5 hits per day. After several months of hard work on the site, the number of hits per day could grow to at least an average of 20 hits per day. A couple of months later, if the person hasn’t given up and is doing it correctly, the site can get a 100 hits a day and then the the milestone, which is a 1000+ hits a day!

The image above is what I call consistent traffic growth and although there are many ways to achieve this, one thing for certain is that it takes a lot of patience, hard work, and creativity to achieve consistent traffic growth. I also want to say that those three virtues that I mentioned doesn’t apply to just site traffic, it applies to running a business, love relationships, and life in general. It’s pretty amazing how it seems that Google rigs their search algorithm to relate to life.

Anyways for those running and owning sites that have as little as 3 hits a day, I would suggest not giving up and try figuring out what works and what doesn’t. I’m pretty sure after some time you’ll be getting the results you want! Just remember, NEVER give up!

Just like life… it has it ups and downs and it seems a site I have is showing that kind of pattern! In the image below, the analytics report shows a strange phenomena and I  really can’t explain why.  In some way, I think it’s pretty cool because it’s the only site I have that’s doing this, but I would like to think as if Google is conducting some kind of lab experiment on this particular site because my traffic report resembles a tide chart.

The first time the traffic dropped, I thought it was the ” Google Honeymoon Effect”, which is when a site, particularly a new site, ranks very high in the beginning but then suddenly vanishes from the search results only to be found on the 102nd page and then it just stays there. However, this doesn’t seem to be the case because this particular site ranks well on Google’s search results again and again with a predictive pattern. On one week, site traffic would be slow but the next week it would be high. The good thing about this is that it is predictable and that every other week brings in more traffic so maybe it’s a good thing.

Perhaps, there is no explanation to this but if anyone can explain this, I’m all ears!

* All the data shown here is the respective property of Adam Go and Kumidia Web Marketing.

Using Photoshop in my Works

Photos of the Japan Air Self Defense Force

The End of Blurry Pictures is Coming

March 11 a Day to Remember 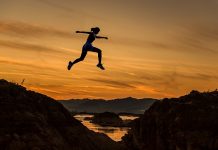 Ways to Expand Your Creativity 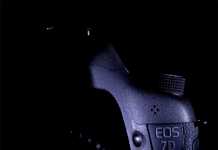 March 11 a Day to Remember